Letting people know you’ll be starting a bike trip in February is a good way to have lots of people remind you that it is cold in February (and compare you to Forrest Gump). Today finally arrived, though, and it was uncharacteristically far from cold (not that I mind). I said my goodbyes by the dunes and set off, though it is still sinking in that the trip is underway. I went west across the new bridge from Long Beach Island for the first time on a bicycle and stopped at Bass River State Park, which I’ve visited twice before: once because it is an endpoint of the Batona Trail through the Pines, and another time when we stayed in a lean-to at the campground. I then made my way to Avalon on bicycle-friendly roads and paths through the woods, bays, and drawbridges. My hosts’ neighbor snapped the last photo when I arrived at the end of day 1. (Sincere apologies for not stopping to take a photo of the alpaca farm I passed today: hopefully there will be others.) 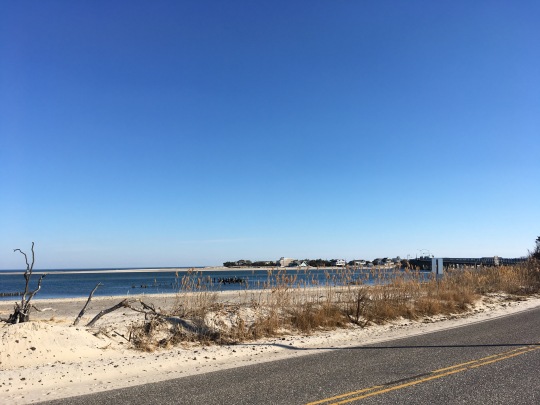 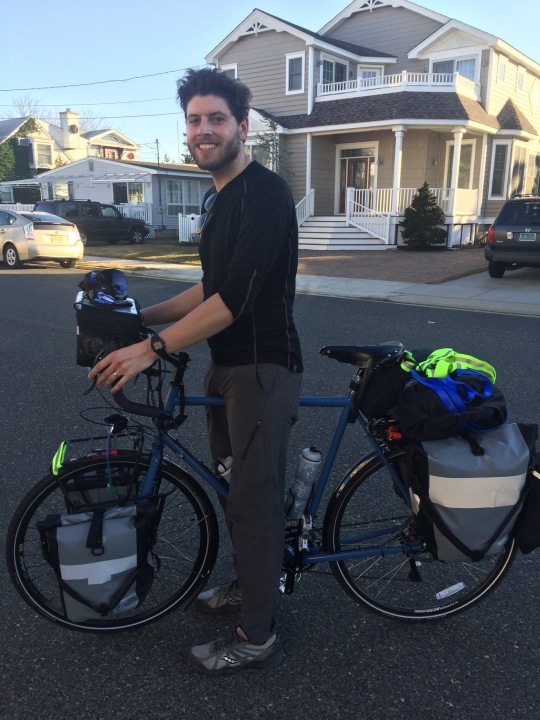