After a nice night in Virginia Beach in a very bikeable neighborhood I headed south on some busy roads while fighter jets sped by somewhat more quickly overhead. (Spot if you can.) 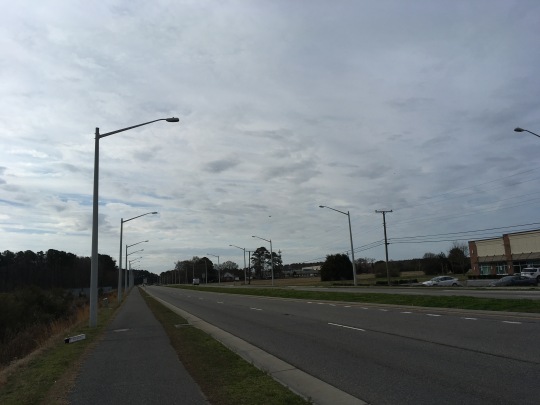 My front tire, despite the new tube, had lost some pressure the evening before so I stopped at Fat Frog’s bike shop. A mechanic with a full beard and waxed mustache (always a good sign) who took a look, which among other foolproof tests involved pumping the tube up to max pressure and running it along his whiskers. We couldn’t find anything wrong with the tube, tire, or rim so I changed the tube just in case and had some coffee and cake left over from a group ride that morning. It was then that they helped me avoid attempting to bike in sand dunes.
Compared to, say, Yahoo Maps and Mapquest, it may be doubletrue that Google Maps is the best, but on occasion its bicycle directions still have their quirks. From Virginia Beach, there are bike paths that eventually turn to sand, and some people have apparently toured on them, and Google blithely assumes you’d like to try it out. The shop, though, helpfully gave me their map and cue sheets to get to the Outer Banks via Knott’s Island instead on a series of back roads. 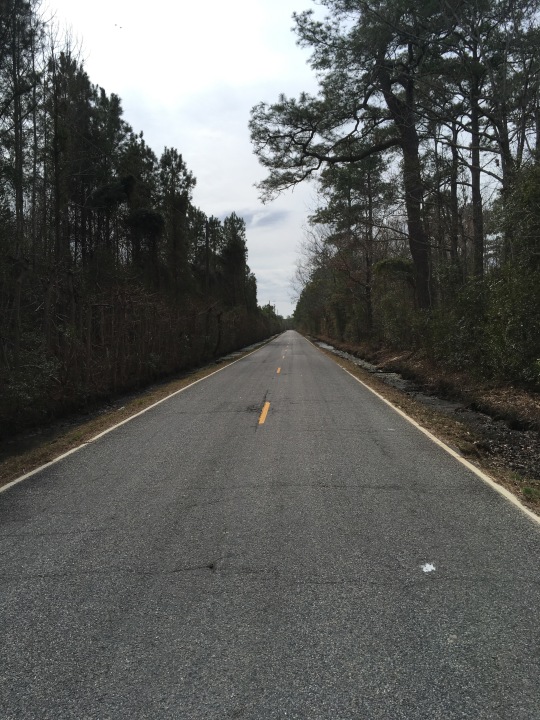 From Knott’s it’s a ferry east to west back to the mainland, from which there is a long causeway to Kitty Hawk.

I made my way to Kill Devil Hills and stayed on the bay with a host, Pat, I found on Warmshowers.org, a Couchsurfing-but-for-touring-cyclists site. It was both of our first times using the site, but you wouldn’t know that from her hospitality (and that of her three small dogs, each named after an I Love Lucy character).

The next day I continued down the islands, stopping to pay tribute to a couple local bike mechanics who made good. From there it was long stretches of dunes and water on both sides. From Hatteras I took the ferry to Ocracoke, where I’m camping tonight before catching an early ferry in the morning. 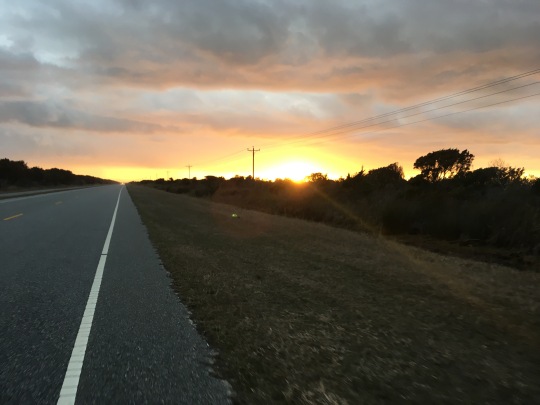